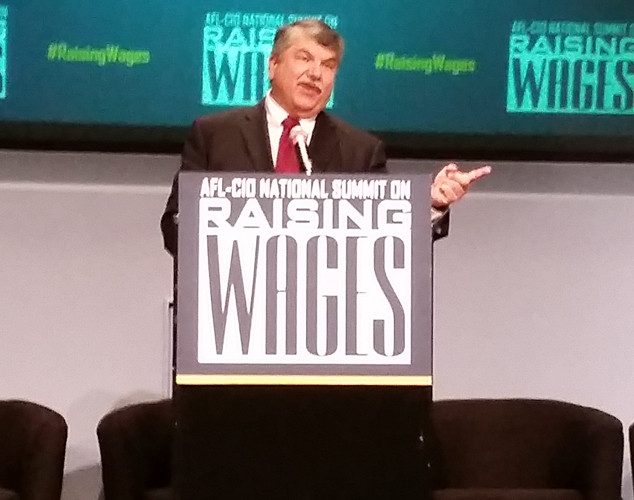 The AFL-CIO put together a powerful summit in Washington, DC to address how we finish the task of bringing back the American economy and raising wages for all Americans. The event featured talks from Sen. Elizabeth Warren, US Labor Secretary Thomas Perez, and AFL-CIO President Richard Trumka as well as voices from the labor movement. A special panel was also convened featuring Boston Mayor Marty Walsh and actress and SAG-AFTRA member Piper Perabo. We dealt with some rough audio in the event space, but we were honored to take part in such an important summit.